A few Sunfish stalwarts set out to modernize the original lateen-like sail. The result is good. 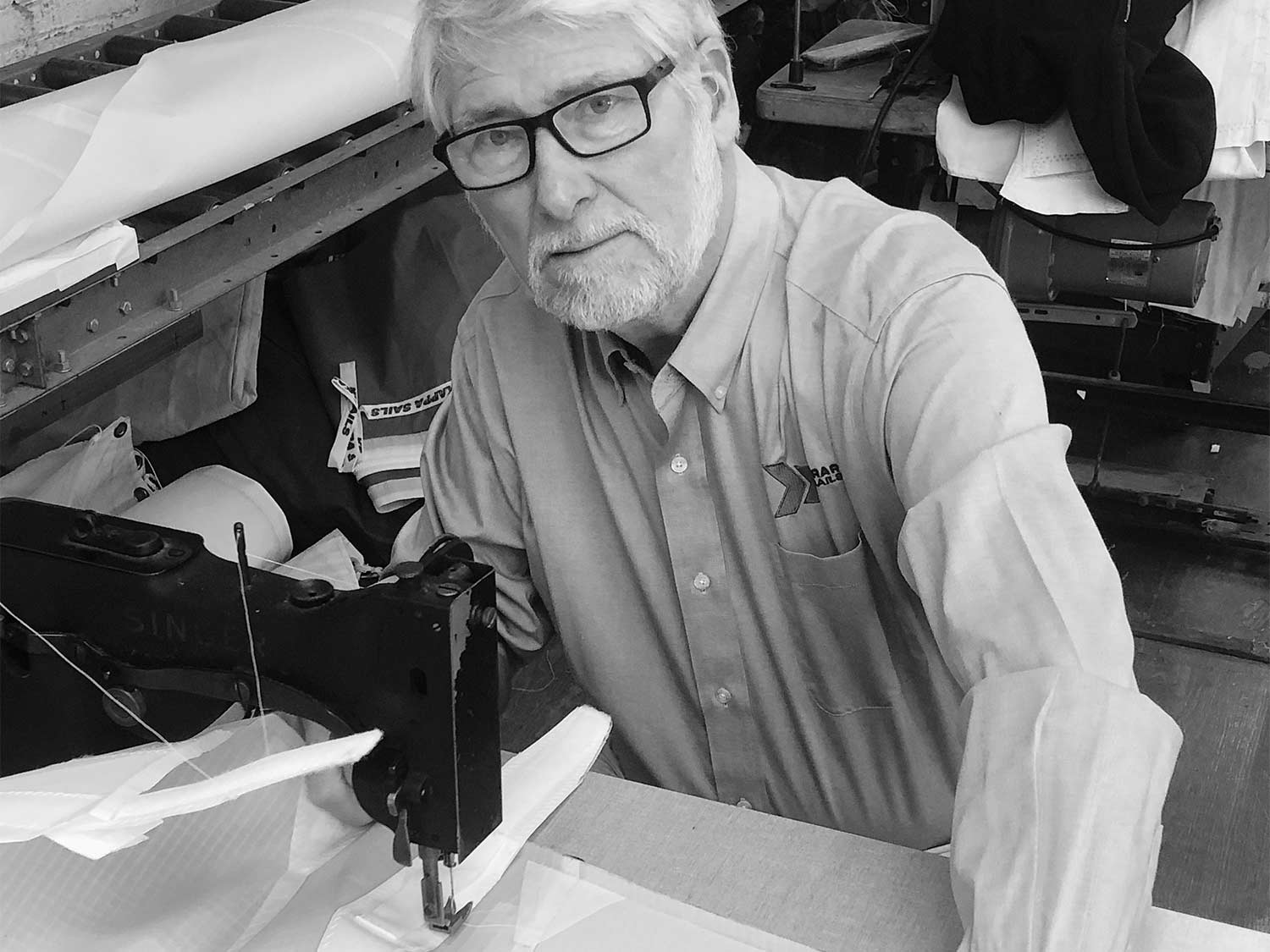 Sailmaker Kevin Farrar puts the finishing touches on one of his new sails, designed to fit the Sunfish’s original spars. Ben Ellcome

The Sunfish. For thousands of sailors around the world, it’s an iconic name that conjures memories of beautiful beaches, colorful sails, whipping winds and a freedom that only comes from such a simple small craft. Many sailors have centered their love for the sport on a Sunfish—at summer camps in the lakes of the Midwest, along coastal stretches of both American coasts, and on pretty much any stretch of water between. First offered as a DIY wood kit in the 1950s, the Sunfish has been a staple of the recreational sailing and racing scenes for decades as a relatively inexpensive one‑design dinghy.

The ubiquitous and ­colorful singlehander has stood the test of time, but today it is at a performance crossroads. Technology has long surpassed the boat’s one-design ­limitations, and new generations of sailors are now drawn to modern dinghy classes with better equipment. But what if the Sunfish were reimagined with modern blades and a more efficient sail? There are several movements afoot to do just that, with innovations driven by Sunfish fanatics taking development matters into their own hands.

Leading one charge in the sail-development department is Kevin Farrar, of Farrar Sails in New London, Connecticut. He’s now manufacturing a ­non-class-legal Sunfish sail, one that he says is much faster than the triangular rag of yesteryear. The boom is also shorter on this rig, yet the sail area is increased by about 8 square feet.

“It’s clearly a significant change,” Farrar says. He’s been working his version of the Sunfish sail for several years. “The concept is to make something that’s going to make the boat appeal to 16-year-olds out there. This is a modern design, and it really works.”

His sails are getting faster too, generation by generation, as he makes tweaks that have also made the classic boat appear more modern. “Off the wind, [the latest generation is] radically faster than even what we were making in the second generation of sails,” Farrar says. “[The boats] are planing much faster. I’m not sure if they’re planing upwind quite yet, but it has taken [the Sunfish] a step beyond what the Laser is.”

Them might be fighting words. The Laser has long been the standard singlehanded dinghy, and it’s one of the most popular racing classes on the planet, but Farrar hopes his sail will help breathe new life into Sunfish sailing, perhaps even draw a new generation to what seems to be a declining class.

“It’s the basic lateen rig except that the sail area is 83 square feet, and the top of the sail is parallel to the waterline. You’re getting a lot more of the sail up and in better air,” Farrar says. “The boom has been shortened to about 10 feet.”

All equipment used in official Sunfish-class racing must have been offered by the builder at some point in the boat’s life cycle. And while the Sunfish’s modern blades are a big step up from the wooden blades of the early days, there’s still plenty of room for improvement. And that’s where Kent Misegades comes into the story. At his AeroSouth facilities, in Seven Lakes, North Carolina, he’s stamping out some pretty slick-looking foils for his Sunfish. He has a vertical rudder that has minimal weather helm, even in stronger winds. The current class-approved rudder is notorious for having strong weather helm when the wind pipes above 15 knots. Misegades says his rudder is better and faster (especially upwind), and it costs about the same as the Sunfish-class-supplied rudder. “I understand the one-design concept,” he says. “It’s an even playing field, so it really does come down to a comparison of skills. I understand it, but that, of course, kills innovation, so there are two sides to it.”

Misegades said he isn’t yet targeting the class ­association or asking racers to adopt his new daggerboard and ­rudder designs. He knows that most Sunfish owners don’t race, but no good sailor would ever argue against better handling. “I knew from the outset that any change of rules for the class is pretty involved, for good reason,” he says, “so, I never went about trying to convince the class to adopt them. We’ve never really gone to class ­racing, but something that’s intrigued me is there’s been discussion of a new rudder, and it’s opened their eyes to potentially get gear from a third party.” Misegades says his ­rudder dramatically improves the Sunfish’s notorious weather helm, but he had other goals in mind during the design process. “The weather helm wasn’t my primary goal; it was mainly to reduce drag to improve pointing and speed,” he says. “I went through a lot of different plans; hundreds of iterations happened.

“It all comes down to the angle of the rudder, and in all angles, this rudder really is superior,” Misegades ­continues. “But there is one drawback to this vertical rudder in that it doesn’t scull. The Sunfish ­rudder does do that well.”

Misegades’ rudder is also prone to stalling during a tack if the helmsperson is not careful. “This vertical narrow rudder will whip the boat around, but it’s not nearly as ­effective as the standard rudder,” Misegades says.

AeroSouth’s foils are ­comparable in price to what class builders offer today. The wood-and-carbon version of the daggerboard is $350, which is less than the official class boar. AeroSouth’s rudder is $300.

The International Sunfish Class Association is likely to be slow in adopting this new gear, however. Perhaps for good reason. Larry Suter, who has raced Sunfish in seven different decades, has been pushing the class to set the stock rudder to 90 degrees. Doing so would be at least one step forward, he says. “If you go out in a Sunfish in 14 or 15 knots of wind, and if you feel the pull on the tiller and the pull on the mainsheet, it’s the same force,” Suter explains. “[The 90-degree rudder angle] really makes the boat a nice boat to sail. It doesn’t have the weather helm, and you don’t have to fight it.”

Lynne Randall, Florida Peninsula region representative for the Sunfish Class, is familiar with the new sails and blades being developed outside the manufacturer’s specs, and she is cognizant that the class association can’t simply change equipment every time a new piece of gear comes to market.

“It’s a really strong one-design group around here, so you have to keep the boat [setup in a way that’s] approved by the class,” Randall says. “These changes are interesting and fun, and some people are trying them out, but as far as one-design racing goes, you can’t do it.”

Randall says that the new gear will require investigation, testing, adopting and tweaking before it gets anywhere near approval under the class regulations. Drawing new sailors to an old class is an exciting idea, but so too is retaining the sailors who make up the bulk of the racing fleet

“Of course we want to grow the class, and it’s one of those things that evolves,” Randall says. “But if you want to sail ­recreationally, there are ways to try different things.”